Tugger carts are equipment used to transport materials in various industries. The carts have a towable specification and can also operate manually. Industrial tugger carts form a train when they move goods in bulk. It is commonly known as the tugger train that involves a chain of carts. Their effectiveness is out of this world since, within a short time, one can complete tasks. Workers can move loads painlessly from one location to another. In addition to that, they are used to handle materials in a facility.

Industrial tugger carts come in different dimensions or sizes that meet the clients’ needs. The carts are crafted from polyurethane casters so that the noise level is minimal. In addition to that, it guarantees longevity due to the top of the line material. Some carts also come with connection capacities. This way, if you need to move all of them at once, it is possible. The highlight of the feature is that you can transport items faster.

What’s more, the direction is flexible since the cart can move to the right and left with ease. It works ideally when you need to relocate bulky products in a safe mode. Maneuvering through the different paths is seamless with a tugger cart due to its versatility.  Another important characteristic is the battery life depending on the machine. It lasts incredibly for hours without the need to recharges the batteries.

The carts bring bountiful benefits to the table for all users across the various fields. With the arrays of stipulations, they have countless upper sides. Have a look at the advantages of using a tugger cart.

Industrial tugger carts have safety stop switches as part of the package. In that case, you can press the switch to avert any injury or damages. You rest assured that with the feature, you will get high safety standards at the company. It comes in handy since any manufacturing process is prone to accidents. To be on the safe side, the switch is definitely essential.

It is of the essence that tugger carts provide the quickest mobility to the industries. The products come with an awesome speed of about 0-3 mph. For this reason, they can move forward and backward at a fast pace. It means that the operator can have utter control of the device at all times. Furthermore, one can move several items making the procedure time-effective.

Bespoke tugger carts are usable for both outdoors and indoors purposes. Therefore, you can move the materials from the warehouse to an outside location comfortably. They can withstand different terrain due to its world-class design. If the area is sloppy, the cart can move without any hustle. The heavy-duty material is there is to safeguard it from toppling over.

As aforementioned, industrial tugger carts are highly flexible in mobility. Thus, if it operates manually you will not struggle pulling it. The machine comes with a turning radius that is almost zero. Navigating through the pathways is not a daunting task at all. 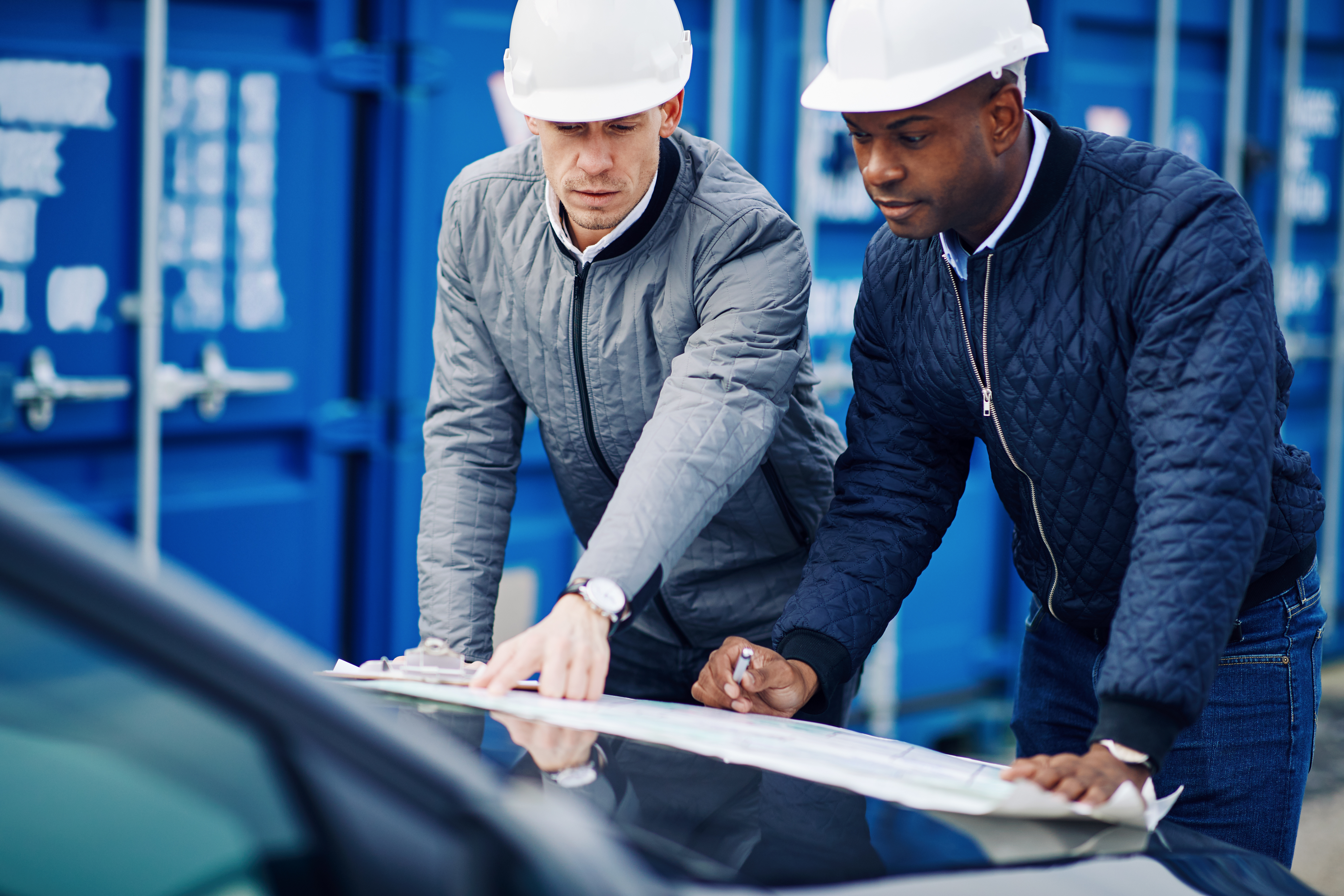 Six Sigma and How to Use It

A little-known secret in production and manufacturing is that you can actually break down every part of a process to mathematical and logical sequences. With a few changes in the process, the best possible outcomes can be drawn with a 99.99% consistency.

There are a number of techniques and tools used to ensure this level of improvement. However, what has been the most consistent is the process known as Six Sigma.

What is Six Sigma?

It is basically a set of strategies meant to help manufacturers and producers ensure quality in their outputs using a number of statistical and empirical methods. It mainly helps to allow businesses to identify flaws in their processes, removing these, and minimizing further signs of variability in the overall manufacturing system.

The strategy owes its existence back to engineer Bill Smith who laid down the basics during his tenure at Motorola in 1980. Jack Welsh further improved on the concept when he worked for General Electric in 1995 as part of his central business strategy.

Understanding how the Six Sigma process works can be rather confusing for non-statistical folk but it’s best to get acquainted with the process on a more technical side first. It’s basically a set of standard deviation figures collected from data in a manufacturing process.

Since defects are defined in statistics as specification limits which separates the bad outcomes from the good, then the 6S process is a set of standard deviations based on the nearest specification limit for each level or “Sigma”.

For instance, if the desired length of a metal pane produced by a machine is in between 2.5 and 3.0 meters, then the process mean is at 2.75 with a standard deviation of 0.187. That means, in order to get a near-perfect and near-consistent production run, almost every item produced by that machine should be within the range of 2.62 and 2.85 meters.

On a more production-focused perspective, you can use the statistical tool to lower the defects of each production batch by a percentage in each sigma level. Theoretically speaking, the success rate per level is as follows.

As one could see, reaching level 6 is not even necessary to ensure optimum production results. You could basically go as far as level 4 and the margin of success in each production batch has already attained near-perfection. This won’t ensure a perfect production run in each sequence, however. It only ensures that the defects in each production process have been reduced by the thousands or millions, depending on the case.

As of now, there are two schools of thought in performing Six Sigma. These two methodologies have 5 phases each and are known as:

DMAIC – This methodology is best for businesses with existing production system designs and could be broken down into:

Defining the System – this includes identifying the requirements usually set by customers and comparing them to the overall goals set by the company.

Measuring Key Aspects – this involves measuring and analyzing current production systems and determines their production capability as is.

Analyzing Data – In this process, one must identify how each factor correlates to one another and result in a specific set of outcomes. This will also involve categorizing each outcome and seeking out root causes for the ones that result in defective products.

Improving Current Systems – During this phase, the focus is on making the system “mistake-proof”, constant calibration and repairing are to be expected here if one wants to reach the margin of statistical success defined in each sigma level.

Controlling Future Production Runs – At this point, the focus is on making the changes as sustainable as possible. This will involve implementing rules that ensure each production reaches the required sigma level success rate.

DMADV – This methodology works best if you have to start from scratch as far as setting up your production processes are concerned.

Measuring and Identifying Critical to Quality Characteristics – Here, you will identify what tools and specifications in your production runs have to be met to ensure quality. Also, you’d have to identify the risks to avoid and the output to minimize production.

Analyzing and Developing Design Alternatives – At this point, you should come up with several production layouts and processes to ensure the level 4 to 6 success rates.

Designing an Improved Alternative – Once you have found the best possible production design, you have the option to improve it even further.

Verifying the Design – This phase involves setting things up and ding your first production runs. A bit of tweaking and upgrading might be necessary here if you want to reach the 99% success rate.

Once you have come up with a near-perfect production process, the rest of the process will include translating that concept to the rest of the organization. This should not come as a surprise to you but implementation should always start on top.

The executive management should learn what is Six Sigma and set up the rules on how to implement it. Lower management like department heads will then oversee the implementation while senior personnel like supervisors must coach the lower levels on how to ensure near-perfect production qualities. The employees would then receive the training and directly implement these processes by making sure that their work’s output follows the desired specifications. This will include every stage of the production process from the selection of materials to the production proper and even the quality control processes at several points through the chain.

At a glance, Six Sigma could look like this arduous strategy whose conditions for success are near impossible to achieve. However, you might just be surprised at how easy it is to implement and sustain. With constant effort in implementation and improvement, your employees could go about attaining the upper sigma of success within each production run.

What is Six Sigma: A Basic Definition

What Is Six Sigma?

While lean manufacturing deals with waste minimization, what does six sigma do? To grasp six sigma technique to answer this, we have to explore what is six sigma first.

Defects are common in the manufacturing process. Regardless of this fact, businesses ought to try everything possible to reduce these defects. This is where six sigma comes in handy. The technique aims to improve the process using quality management methods and process variations to produce products that are 99.99996% free of defects. It seems impossible, right? But not with the six sigma framework DMAIC. I.e.;

The first stage is to state the goals, project scope and any crucial piece of information to the process. A project charter is mostly used in this stage as it clearly outlines the problem statement, goal statement, resources and project timelines. It includes the customers’ expectations as well.

This method is data-driven. Consequently, the 2nd stage of the DMAIC framework is focused on data collection.  The data is then used to establish a performance baseline at the moment of the formulation. After completion of the project, the performance metrics obtained are then compared to the benchmarks to evaluate the suitability.

Within the analyze section, using fishbone diagrams and other tools together with test hypotheses, the analyzing phase identifies and validates root causes for poor product elimination.

The point of the whole process is to find solutions to the sources of defects to achieve 99.99996% defect free products. That is what this step is for, testing and deploying the viable improvements.

Once the solutions have been decided and applied, they should be continuously monitored to determine if they are sustainable. Thus, control charts, control plans, process confirmation, and transition plans are used to measure the performance of the implemented solutions.

The DMAIC framework is still used in the method today. The technique utilizes data-driven facts to reduce variations in conjunction with waste reduction technique. The six sigma and lean manufacturing will often be counterparts based on their functionalities.